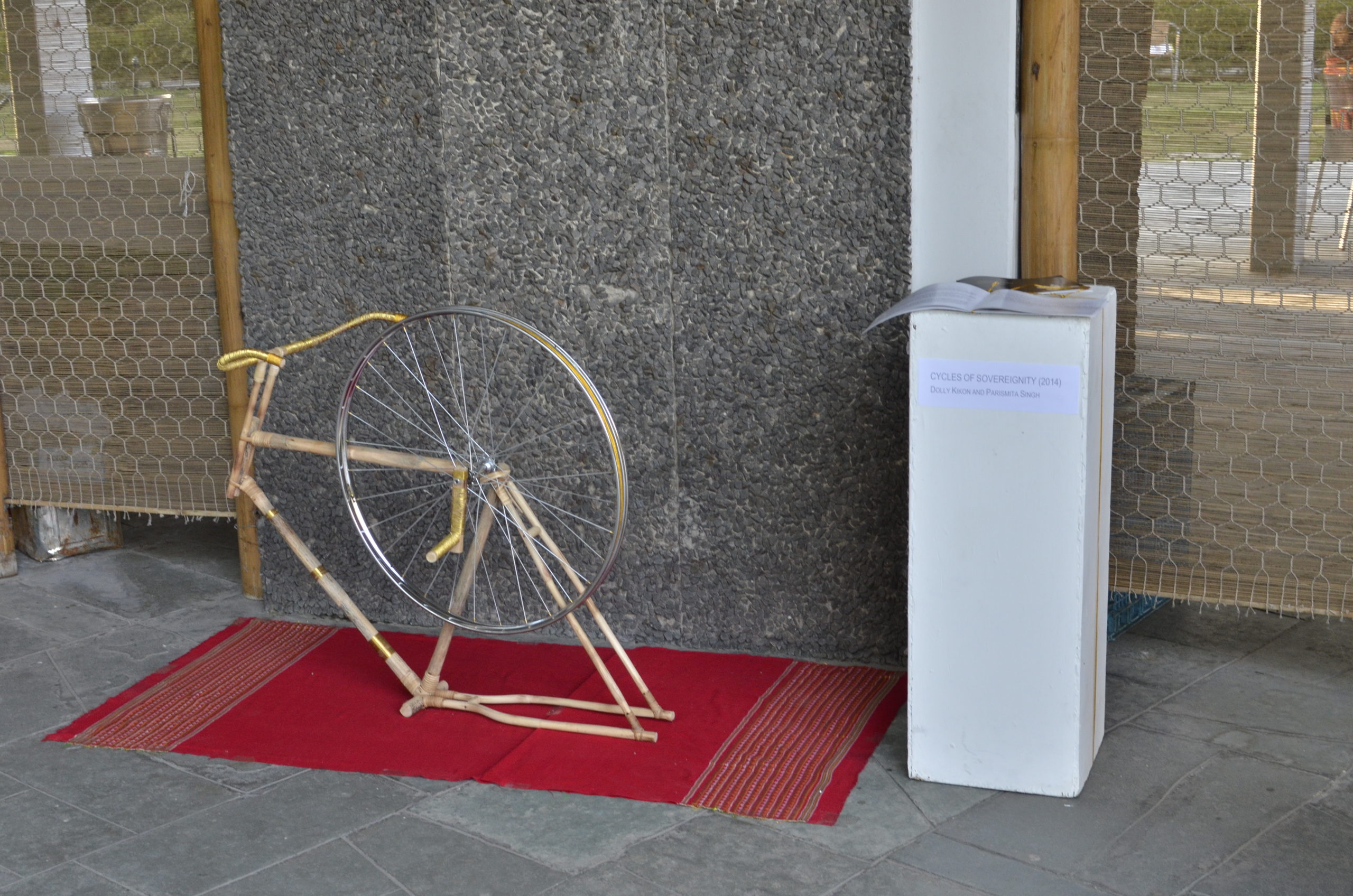 Cycles of Sovereignty was a project with writer/artist Parismita Singh that focussed on the role of women’s collective in the right to self-determination in Northeast India against state violence from the late 1990s to 2005. It celebrated women activism and their engagement in politics including the human rights movement.

The Tinsukia District Mohilla Committee was a collective of activists who created a women-only commune in Dirak-Xoonjaan, Kakopathar in the late 1990s during a turbulent period in the Assam’s recent past. They took on an important role in their adopted village and the larger community with their activism against human rights violations by the state, mobilising and organising for peace. Their activism was fraught with tensions as the authorities sought to implicate them in political conspiracies that were not of their making. Making women were incarcerated during this period.

Much has changed in the political world since then. Rebels have become negotiators, dissidents have become businessmen and thus, the world of inversions has defined the lack of permanence in political life in the region called Northeast India. The women’s collective in Dirak-Xoonjaan continues to engage in ethical, immersive politics at a time when it would be easier to morph into a non-governmental organisation with a log frame and funding plan.