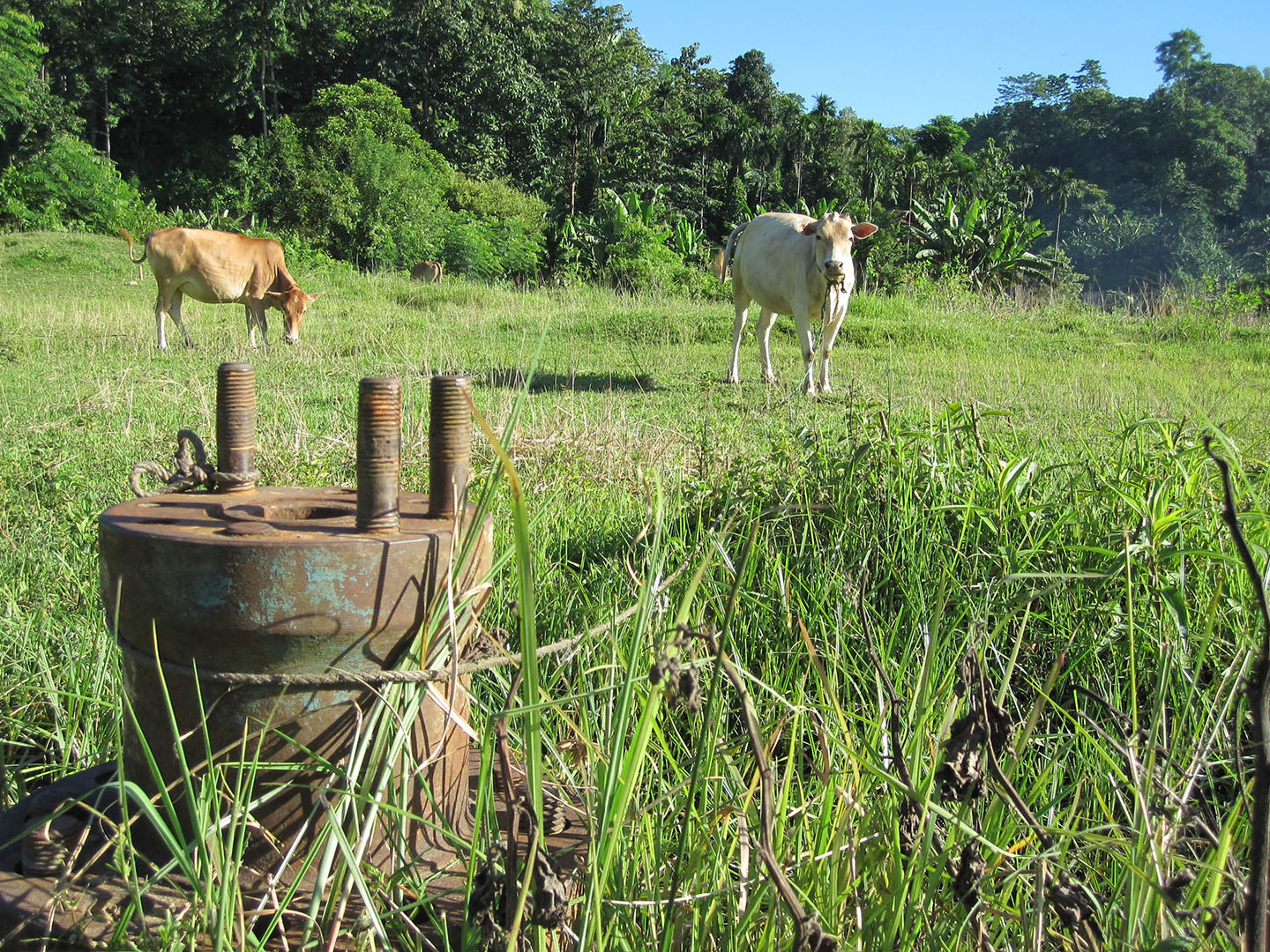 Dolly Kikon, anthropologist at University of Melbourne, is in conversation with Shrishti Malhotra, producer at The Swaddle, about why the Baghjan crisis is a global issue, exploitative politics of resource extraction, and how ‘development’ often excludes local communities.

In this episode of Myanmar Musing, Dolly Kikon discusses how Naga fermentation cultures and foodways are changing and connects to regional as well as global stories and histories of upland South and Southeast Asia.

In this episode of The Other Banana, Dolly Kikon, Usham Rojio, and Anannya Baruah explore Nicholas Kharkongor’s 2019 film Axone. The film is out on Netflix and The Other Banana encourage everyone to watch! The film provides a great platform to understand some of the issues faced by people from the North East states as they migrate to cities like Delhi. However, the film misses the opportunity to have a serious discussion about a number of issues it raises in the effort to find balance.

In Living with Oil and Coal: Resource Politics and Militarization in Northeast India (University of Washington Press, 2019), anthropologist Dolly Kikon offers a rich account of life in the midst of a landscape defined by multiple overlapping extractive industries and plantation economies, and of the social relations through which a resource frontier comes into being. Examining the foothills at the border between the states of Assam and Nagaland, she describes the histories of tea plantations, oil exploration, and coal mining, the role of mobility and migration, the security apparatuses that has evolved over decades of conflict and militarization, and, most strikingly, the way these forces shape and are manifest in the daily course of life of those inhabiting the region. In this episode of New Books in anthropology, Dolly Kikon and host Jacob Doherty talk about the role of hospitality in constructing resource frontiers, how morom (‘love’) works as an idiom to police ethnic purity and critique the state, the sociality of local markets, and the dreams and fantasies engendered by the carbon economy.

Frontiers, illicit flows and the geographies of uneven development

This opening seminar for the Illicit Economies, Violence and Development seminar series (2022-23) discussed how the circulation of illicit flows (capital, commodities, people, ideas) shape and connect processes of (uneven) development within and across regions. Rethinking what is meant by key terms, it took a systemic and structural look at how the world is changing, setting the agenda for the rest of the series.

My mother left her village in the Naga Hills as a young girl. She walked for two days to enroll in an American missionary school in Assam. During the holidays, she worked as a nanny in her aunty’s home. Eventually, she dropped out of college to raise her family. She has always been curious about the academic world I navigate. Blending an account of my mother’s life with my own relationship to human rights movements in India, this talk situates how our life experiences shape the kind of anthropology we do. I explore the actions, duties, and ethics of anthropology and dwell on what it means to be accountable while reproducing entitlement and privilege as anthropological knowledge?

In recent years, graduate students have asked me how I connect my research work with ‘other things.’ There is a particular tone of urgency to this question in these times. How do we situate anthropological experiences such that they can make an ‘impact’ during precarious times? Conversations and engagement with ‘other things’ like human rights movement and the anti-racist/anti-casteist movement in India made me aware about caste, race, and power. Adivasi/indigenous and Dalit scholars represents the margins, worlds on the edges. What happens when their knowledge and intimate experience of violence are devalued and categorized as a minority experience? What do we erase, reject, and silence, and why? Are anthropology and the academy in general accomplices in rationalizing epistemic violence? What does it mean to “observe” today? What tools and ethnographic methods allow us to grief, rage, and heal?

My mother sees my life as intertwined with anthropology. Fifteen years ago, I left her behind and set off for my ethnographic fieldwork. It became a journey to create something – perhaps a collaborative inclusive world – to call and cite names, spirits, and truths from a past long forgotten, and claim their relevance today. In search of new ethnographic forms, I join fellow anthropologists and other scholars who are experimenting and meditating to adopt emancipatory pedagogical approaches. By dwelling on my mother’s query, “Are you still studying?”, I offer my reflections on the limits, visions, and ability of the ethnographer to create and participate in productive actions and debates.

Ways of Seeing and Being – Part 1

A 6 part series curated by filmmaker Subasri Krishnan for Partners for Law in Development (PLD) that will reflect on different feminist practices in the realm of art/culture/law and the archive. Through conversations with filmmakers, artists, photographers, sociologists and archivists, “Ways of Seeing and Being” will try to understand how people’s individual work has been shaped by different ideas of feminism, and what this has meant for the idea of practice itself.

Migration, Labour and Violence in Northeast India
Saumya Pandey, a PhD student at the Chr. Michelsen Institute and the University of Ghent, interviews Dolly Kikon for the journal blog of Public Anthropologist.

If you’re not engaging, shut up
This portrait is part of Heinrich Böll Stiftung’s dossier “No Women – No Peace: 20th Anniversary of UNSC Resolution 1325 on Women, Peace and Security”.

In Her Opinion: Dolly Kikon on Resource Extraction in Northeast India
In the run-up to World Environment Day on June 5th, we bring to you “In Her Opinion”, a series of interviews with women working in the field of environment, from the Himalayan forests, to the coasts of Goa. Sixth is Dolly Kikon, a lawyer and anthropologist whose experiences growing up in militarised Nagaland have shaped her studies of resource extraction in the Northeast.

Naga Youth In Hospitality Industry
Anthropologist and author Dr Dolly Kikon answered questions from East Wind on her latest work on migrant workers from Nagaland, and on broader issues related to freedom in times of neoliberalism.

We, the Women
This year’s International Women’s Day falls on Sunday, March 8. The theme this year is “I am Generation Equality: Realizing Women’s Rights”, which is aligned with the UN Women’s new multigenerational campaign, Generation Equality, which marks the 25th anniversary of the Beijing Declaration and Platform for Action. The year 2020 is a pivotal year for advancing gender equality worldwide, according to the UN.

Nagaland: Anthropologist Dolly Kikon releases 2nd book in Kohima
‘Leaving the Land’ focuses on the need for young migrants to be protected, says the senior lecturer in anthropology & development studies at University of Melbourne.

Why NE indigenous youths migrate to other cities in India?
‘Leaving the Land- Indigenous Migration and Affective Labour in India,’ a new book by Dolly Kikon and Bengt G. Karlsson traces the migratory journey of indigenous NE youths in their new lives in the cities

Social relations are based on respect, equality and partnerships: Dolly Kikon

Crusade against Patriarchy
What do the recent protests in Nagaland mean for its women? Two Melbourne-based Nagas speak out